Before the Internet, if someone was selling your stuff without permission, it wasn’t hard to shut them down.  You could get a court order, stomp over to their brick and mortar store, hand it to them, reclaim your wares, and physically monitor their sales.

In 2017, things are a bit different. Between the lack of a physical presence, IP spoofing and other location masking techniques, how are you supposed to shut down an unauthorized e-commerce site?  This is the problem that Equustek Solutions, was facing when it discovered that Datalink Technologies was distributing its products without authorization. The case went to the Supreme Court of Canada which ultimately decided in favour of Equustek and in doing so, caused a ruckus by ordering that a Canadian injunction have a global effect.

What the Supremes Said:

The Court ruled in Equustek’s favour. The key rationale for the Court’s decision was as follows:

Google has now taken the unconventional step of filing a lawsuit in the federal court in California seeking a ruling to block enforcement of the Supreme Court of Canada’s order on the grounds that it violates the U.S. constitution and federal laws.

What Does this Mean?

Datalink showed a clear lack of non-compliance with the lower court orders and even fled the jurisdiction. Most of the unauthorized sales were occurring outside of Canada. Google acknowledged that de-indexing the website can be done with relative ease. These are fairly specific facts.

Would the Court would have made the same order if Datalink had shown some compliance with the previous court orders, or if Datalink’s sales were not significant outside of Canada? Was it a factor that the entity involved was a company as massive as Google? Did it matter that Google could effect a worldwide de-indexing, and that it just didn’t want to?  All great questions which will only be answered the next time one of these unique cases lands on the Courthouse steps.

So for now what do we take from all this? It seems that in the context of the borderless Internet era, the Supreme Court is willing to consider, in appropriate circumstances, extending the reach of a Court order beyond our geographical borders and boldly go where many courts have not gone before. 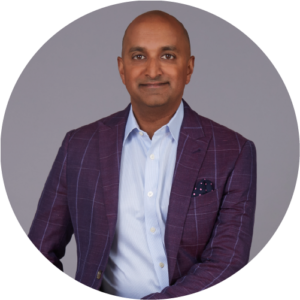 Sanjay is a Co-Founder and Lawyer at Spark LLP. Sanjay spent most of his career as in-house counsel at Bell Canada and CIBC before escaping to work instead with dynamic and innovative businesses, helping them to build interesting and exciting solutions for their customers. Sanjay travels a lot, so is the Chief Location Scout for Spark LLP.