The news coverage of the tragic mass murder in Orlando has started to subside. Vigils for those who lost their lives have been held around the world, and the anger, fear, and sadness that followed in the wake of this tragedy are becoming more focussed in some communities and (unfortunately) more faded in others. For many, Orlando is slowly but surely making its way into that unfortunately fat file folder labelled “Mass Shootings in the US.”

For the folks here at Spark LLP, the days following the Orlando tragedy have been days of reflection. The fact that Pride Month is now in its final week and building to the crescendo of the final weekend and the parade has led us here to reflect in particular on how the central values of Pride—justice, personal freedom, and equality—so closely parallel some of the highest ideals of the legal profession.

Of course, lawyers have played an important role in the progress towards freedom and equality that has been achieved by the LGBTQ community. Cases like the Pink Triangle, Vriend, M v. H, Egan, Little Sisters, Mark Hall, and The Michaels case have all involved lawyers both gay and straight working with the LGBTQ community as friends, allies, and advocates.

But changes in the law, while helpful and necessary, are not enough in and of themselves. Same sex marriage was recently legalised across the United States, but that hasn’t meant that it’s easy. Instead, those who continue to be motivated by hatred have perverted the concept of freedom of religion to justify the denial of freedom to others. But one person’s freedom should never lead to another’s oppression.

Here in Canada, we like to think that we’re a bit more progressive but discrimination and hatred are still much more present than most of us want to acknowledge. Ask your gay or lesbian friends whether truly spontaneous public displays of affection are possible, or whether there is always that intervening moment or more of risk analysis before holding hands with a partner or spouse. You might be a bit surprised by the discussion that results, but it’s an important conversation to have.

In the days of reflection following Orlando, we at Spark LLP have been reminded of how important it is for fair-minded lawyers to use their knowledge and skills to bring about a more just society. Supporting the ideals of justice, personal freedom, and equality which are at the heart of the Pride movement is just one way that we see ourselves doing that, and that is why we here at Spark LLP will always be friends, allies, and advocates for Pride and for the LGBTQ community at large. 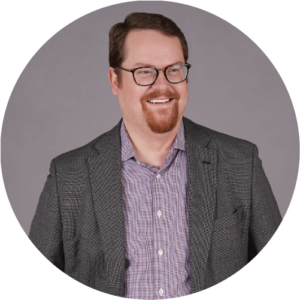 Jeff is a Co-Founder and Lawyer at Spark LLP. In addition to being a Bay Street refugee, Jeff is a commercial litigator, managing disputes for clients of all shapes and sizes.